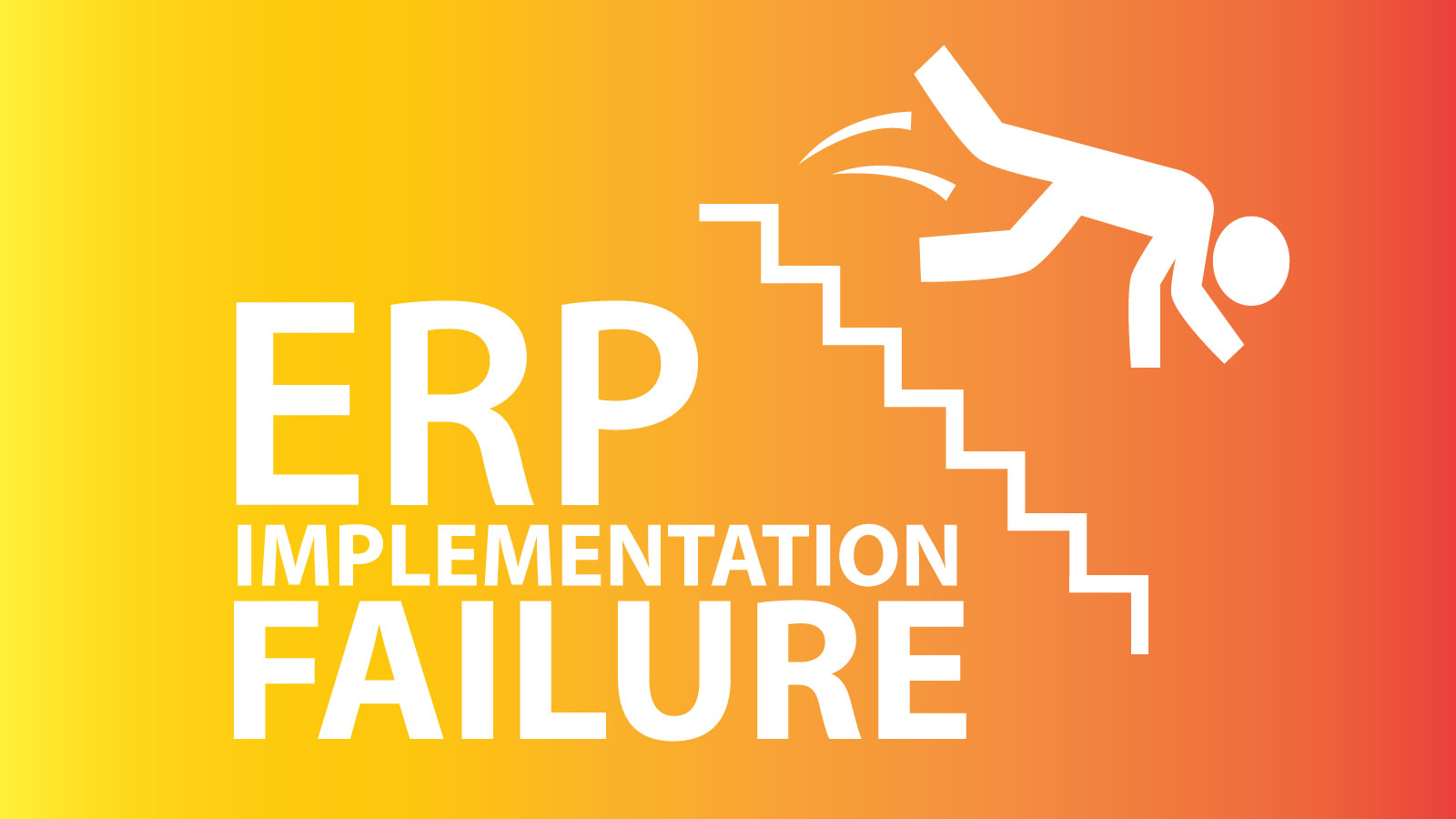 Moving to a new ERP system (Enterprise Resource Planning) is a massive and expensive task. Not only does the system itself require financial investment, but the implementation requires the allocation of financial and human resources. All too often management forgets that acquiring an ERP system is only half the battle won. Successful implantation is just as arduous, and many companies underestimate the effort and resources need to properly integrate an ERP system- so much so that often the implementation can be a failure. Below we explore the reasons why this can happen.

Companies should prepare themselves for the fact that not all employees will be enthusiastic about the implementation of a new ERP system. For one thing, there is simply more work in the implementation phase. Preparation, new processes, learning new skills- all these things are added pressure and effort for employees and are often met with resistance. Roles may change, information may become more visible and this often causes discomfort and fear in employees. Employees are one of the main pillars of a good implementation strategy and so it is essential that your staff understand the reasons for the new ERP system and what benefits the system will bring to the business and them. Plenty of workshops, support, and training are vital to helping move them from fear to enthusiasm!

It can often be that management view an ERP system as a sort of ‘magic bullet’, a cure-all for a number of organisational ills. Companies need to assess carefully what it is they are trying to achieve, and how they will measure it. Other factors are important too- if the data inputted into the new system are not accurate and timely, the ERP system cannot do its work. Similarly, if the information produced by the ERP system is not utilised and turned into actions for better control and profit margin for example, the ERP system implementation could be deemed a failure. However, an ERP system is but a means to an end, and if its power is not supported, and used by the human capital in your business, an ERP’s advantages and benefits can easily be lost.

Garbage in, Garbage out

Like any information technology (IT) system, ERP systems can only work with the data that is provided for them. Data migration is a major hurdle in ERP implementation, and as the saying goes if you put ‘garbage’ data in, you will get ‘garbage’ data out! This is often referred to as GIGO. Many firms, large and small alike, vastly underestimate the time and effort, and importance of this step in the ERP implementation process. Data needs to be targeted and very carefully prepared, and is not as simple as importing an Excel spreadsheet! Management can also not rely on an ERP system to fix unreliable data. Spelling issues, incorrect attributes, duplicates, etc. are all issues that will migrate along with the data and follow you into a new ERP system. Missing or incorrect data can have vast implications for firms. The example of British Vodafone when they consolidated their CRM system (Customer relationship management) shows the massive impact this can have. When not all their customer accounts migrated properly, and customers started to notice that their accounts were not being credited for payments as they should, the British firm was fined £4.6 million pounds by the U.K. telecommunications regulator. The serves a sage reminder that ERP systems deal with sensitive and vital business data. Getting that data across correctly is absolutely paramount to the success of an ERP system.

Management often thinks that the cost of an ERP system should end with the purchase of the actual software or license. However, this couldn’t be further from the truth. An ERP system in its very nature extends into, and assists with, all aspects of a business’s management. This means that virtually no aspect of your business, nor any of your employees will be untouched by the demands and changes that a new ERP system brings. Not only that but employees who are perhaps not used to engaging with a business management software (typically in the case of a company’s first time ERP implementation) will now be expected to engage on a daily basis with an ERP system. A successful ERP system implementation requires both external and internal dedicated resources for a period. These resources require 2 things: money and time. With so much riding on a successful implementation (often significant capital has been spent on acquiring the system), it is vital the correct resources are applied. Not only is it important to have external consultants who know the new ERP system intimately for training and workshops and support, but it is also paramount that an internal project team is allocated. Companies need resources that are very familiar with the business’s processes, needs, and systems to be on a project team that works together with external parties to ensure successful implementation. Businesses frequently underestimate the time and capital resources that this will require from them. However, without it, the capital funds spent on the ERP system itself could easily be wasted.

ERP systems are powerful but complicated systems. Correctly planned and resourced implementations are just as important as the system itself. As ERP systems reach into every aspect of a company’s activity. Training, data management, employee support, and motivation, adequate financial and other resources are paramount to a business feeling the full benefit of an ERP system. Frequently the implementation process is undervalued and an ERP system is deemed by management to be a ‘failure’ when one of the main problems was a lack of planning, resources, and support from management themselves.

The success or failure of a project is largely dependent on the project leaders and the tools at their disposal. Digital...

What Is a Financial Dashboard? Do You Need One?

“Dashboards are effective tools for ensuring shared financial comprehension and engagement among board members.” – Forbes Tracking the financial...

Foreign Currency Transactions and Their Effect on Accounting

The digital age has allowed the world to transition to a much more global economy, and while this is great...